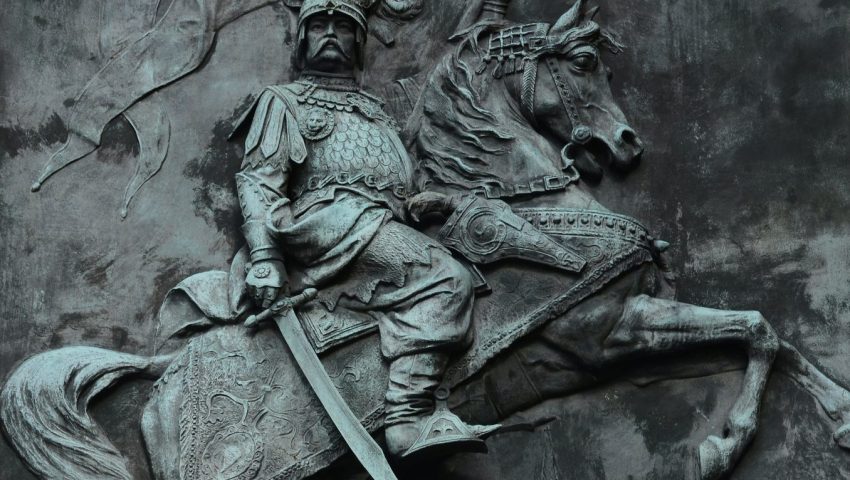 The way of the warrior

Classic advice in this line was to live a brave and adventurous life and earn fame and power. The crusader is an icon of this view. He fights for the right cause and is rewarded with fame, power and wealth in this current life and heaven in afterlife. Scholars living in noble courts in feudal societies, have praised this way of life.

Today, this way of life also involves the pursuit of power and adventure, be it in the market instead of the battlefield. It is associated with leadership and social prestige. Related personality traits that are cultivated in this context are autonomy, ambitiousness and adventure seeking.

Research on happiness in contemporary western societies shows that a positive correlation exists between happiness and these motivational and personality characteristics. This way of life seems to be satisfying for most people. However, the way of the warrior should not lead to actual war: war-veterans are less happy than comparable individuals who have not gone to war.

Way of the merchant

Another way to happiness is to seek success in trade and to gain wealth. This way of life was adopted by the merchant class in advanced agricultural societies. Icons of this view are explorers, inventors and founders of big business. The ‘protestant ethic’ of hard work and thrift is a frugal variant of this view on the good life.

Advice in this line recommends active involvement in work and citizenship. Personality traits that are cultivated for this purpose are ambition, materialism and zestfulness.

Research in contemporary western societies shows that these associated characteristics are mostly positively correlated with happiness, in particular active involvement in life. However, there’s no clear correlation between working hours and happiness. The correlation between happiness and materialism is negative. Thus, contemporary research suggests that following the way of the merchant is a viable option to achieve happiness but no sure ticket.

Way of the philosopher

In the third form of classic advice, happiness can best be achieved through a thoughtful life. Life becomes more bearable if we understand it better. Happiness should be sought in knowledge, especially distant knowledge, which is free from disturbing emotions.

When this recommendation is practiced, this advice leads to study and is likely to result in high intelligence and success in school.

Evidence for this way to happiness is weak. Although people who have spent many years in school tend to be somewhat happier, the resulting wisdom appears to be uncorrelated with happiness. Smart people are not happier than dummies. There is also little correlation between educational level and happiness, particularly not when income is controlled for. Moreover, students are not happier than same aged non-students.

Way of the peasant

An alternative way to happiness is to live a simple life, preferably in the countryside. Contact with nature will cure alienation and save a lot of frustrations. This way to happiness was recommended in various variants of Romanticism, such as the Arts and Crafts movement in the 19th century.

This path is not paved with any luxury. One must value simplicity and work for it. There is no room for materialism.

Research on happiness in contemporary western society provides little evidence for this view.  Most of the correlations between different hallmarks of simplicity and happiness are negative. Moral appreciation of simplicity appears to go with greater happiness, but those who live this way are not happier than the ones who do not.

Way of the monk

The most radical classic advice on happiness was to retreat in the isolation of a desert or behind the walls of a cloister. A key idea is that it is better not to want things one cannot have. One can discipline oneself to live with a bare minimum. Also, deep gratification can come from religious activities, such as prayer and meditation.

This kind of life involves considerable social isolation. There is little involvement in society and one’s living conditions are typically poor. The focus is on inner experience and seeking happiness in religious activities.

Research on happiness in contemporary society does not support this view. Although several studies have documented a positive correlation between religious involvement and happiness, not all have. All other correlations are typically negative. Isolated people are less happy and extraverts are typically happier than introverts. Apparently, humans are not built to live in isolation.

Some of the classical recommendations on ways to a happy life still apply today, in particular the advice to seek happiness in this world. Research shows that social engagement tends to result in a satisfying life for most people. In order to achieve happiness, one better follows the way of the warrior or the merchant, instead of the ways of the philosopher, the peasant or the monk.